You are here: Home / General / What a night. 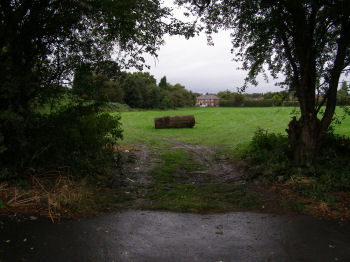 oh no there’s a big log in the way…..on we go then

Travellers decided to “camp” on the playing field opposite last night.
In a millitary style operation they came one by one.
They just pushed the huge log blocking their path aside like it
was balsa wood (nice one council that worked,not! )
Blocking the road ,causing chaos ,police too busy to attend.

He walked straight upto the biggest ‘traveller’ he could find,
tapped him on the shoulder and said with a smile
“alright mate? you have 1 hour to shift your s****
or we firebomb every last 1 of you.”

10pm everything back to normal,
1am woken by loud noise,
man in our back garden,he then jumps into next doors garden
and tries to break into their shed.
Kim is on the phone to the police,i threw on some pants,
then tried to see where he was,
looked out of window to see this idiot casually walk back down our drive,
cross the road and then stand there!
So out i went just as the police were arriving,lights off nice and quiet
(no more than 90 seconds response time is that a record ?!)
man starts running down the street,
Police car chases him ,stops, hears me shout “thats your man” policeman shouts back “huh? what? who? where?”
and bloody loose him !!!!!!!

I wake next door up and we check everthing is secure,
then notice he has ripped the side of next doors garage off! 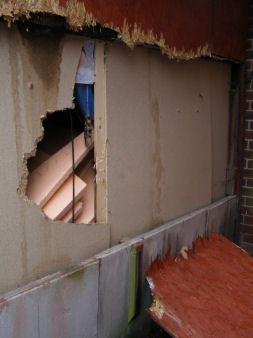 building work for insomnics…….just do it quietly!

Turns out these ‘travellers’ had decided a school playing field about 1/2 mile away
was cosy enough for the night and were already making sure
the police had little time for do-nuts.