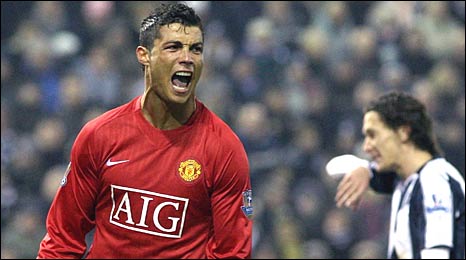 United made it a record 11 Premier League clean sheets
as they thrashed West Brom at The Hawthorns.

Carlos Tevez tapped in seconds before the break
and Nemanja Vidic headed home a third on the hour.

It gave United a three-point lead ahead of Liverpool in the title race,
with the added bonus of topping up their goal difference in style.